TMC procured the hardware and software and staged the equipment at TMC’s Virginia facility. After government inspection, TMC employees delivered and installed the equipment to Mexico. TMC installed this equipment at several Mexican bases located throughout the country in close coordination with senior Mexican military officials. TMC adapted to a modified delivery and installation schedule after the 7.1 magnitude Puebla earthquake struck central Mexico in September causing thousands of casualties.

TMC has been supporting the United States’ efforts to combat narcotics trafficking globally for almost 10 years. The completion of this task order demonstrates TMC’s ability, aptitude, and commitment to support the United States and its allies as we combat illicit narcotics trafficking around the world. TMC has delivered equipment, training, and facilities construction to several countries globally in support of the U.S. Government’s counter-narcotics efforts including Mexico, Kazakhstan, Kyrgyzstan, Pakistan, Tajikistan, and Uzbekistan.

“Supporting the U.S. Government and its efforts to enhance its allies’ capabilities to combat illicit narcotics has been the focus of TMC for almost a decade,” stated Mr. Rob Delaney, TMC’s Vice President. “TMC will continue to support the efforts of nations around the world as they work together to reduce and eliminate narcotics and the societal and security threats they produce. TMC has been a partner to the U.S. Government under the current $1B CN&GT and predecessor contracts and we look forward to the opportunity to further support the United States with the successful delivery of additional task orders.”

TMC was recently awarded additional task orders under this contract for both logistics and construction activities in Mexico, Kazakhstan, and Tajikistan.

Doing business around the world has its unique set of challenges with complex requirements that differ greatly from country to country.

From full-service management to basic Human Resources (HR) functions, we can create a solution that makes you more successful.

In response to the global COVID-19 threat, the US Defense Threat Reduction Agency (DTRA) recently donated 1,000 coronavirus tests to the Uzbekistan … END_OF_DOCUMENT_TOKEN_TO_BE_REPLACED

Threats to peace and safety can arise anywhere in the world and come from many different sources. As governments and private entities struggle to … END_OF_DOCUMENT_TOKEN_TO_BE_REPLACED 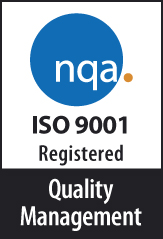